From the series of “12 signs of Horoscope”. Artworks of all 12 signs are available. Let us know if you are interested in artworks of other signs. 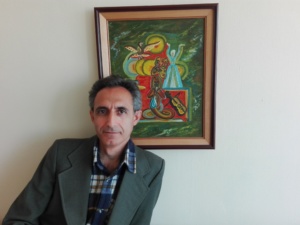 Be the first to review “Gemini, by Armen Daneghyan” Cancel reply